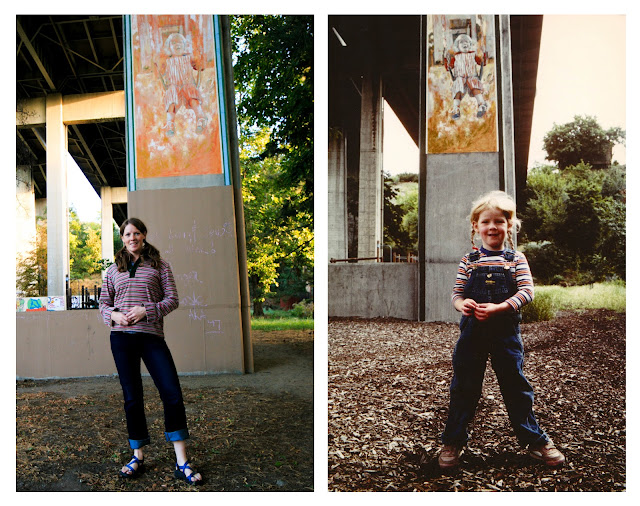 Peaceful Valley is more than just a quaint little neighborhood tucked below downtown Spokane, it is a place I cherish and a reflection of who I am today. Its exotic mixture of urban culture, folk lore and natural wonder are directly responsible for my ambition towards adventure. The opportunity to create almost an exact photo of me standing below a mural my father painted of me almost 30 years ago is such a rare thing. What a blessing to be able to visit a place that meant the world to me as a child and to still feel the same way as an adult. I realize now that my life in Alaska is a result of such trusting parents and a unique time period. It only makes sense that because of those experiences I am completely humbled by the world around me.

Peaceful Valley then was a magical land of nature tucked into an urban culture of post 70's artists, musicians, and activists. The threat of child abductions didn't exist and parents trusted their kids to make good decisions... at least my parents did. They enforced only three rules: Don't pick up/play with needles, Don't go into a stranger's house; and Don't play near the river. The first two were easy.  In the mid 80's the punk-rock junkie scene was growing in popularity in Spokane and it was easy to know who to avoid. I had friends who's parents were, for lack of a better word, sketchy. The few times I did get invited into some of their homes I found an excuse to leave quickly. The site of broken dishes and heaps of clothing piled over furniture mixed with a moldy smell of patchouli incense was disgusting. It didn't take much exposure for me to abide.

The river was a little different; I created my own rules and boundaries. I found it harmless to be along the banks, to throw stones, and look for artifacts. I knew the areas to avoid - the steep cut banks with swift water - and I knew not to go swimming. Other than that the river was just one of many settings my pack of boy friends and their tag-along brother's chose to explore.  Our imaginary Samurai battles against Shredder (for those who remember the Teenage Mutant Ninja Turtles) had many venues of wild spaces. The apple and plum orchard behind our house was a great hiding spot to build tree forts and included a quick escape route to Main Street. The cement foundation under the Maple Street Bridge provided perfect protection during chestnut wars and stick fights. We all new the community center was neutral ground and Glover Field was just next door to pick up where we left off.


Peaceful Valley is where my first survival instincts really kicked in. As a 7 year old the stories of the big 1970's flood translated into: The Spokane Falls Damn might explode at any moment! And guess who's prepared? I remember blowing up a K-Mart raft with my neighbor Jason and stocking it with snacks, blankets, and flashlights practicing for the next big flood. I wonder if this is where my obsession with packrafting originated?

Back then I was a tomboy with a taste for pretty things. I was that girl who wore dresses while skateboarding and forced my pet rabbits into doll clothes and commenced bunny marriages. Ironically not much has changed. Peaceful Valley is still full of aging hippies and I still play with nun chucks. There remains a community garden and free food program, and I still find myself as one of the only girls in mostly male dominated career (Ski Patrol.) Fortunately Peaceful Valley has cleaned up its drug problem and I now photograph human weddings rather than marry bunny rabbits.  In a few days I leave for a new adventure: to explore a foreign culture, to immerse myself within it's faith, and to just let myself be a child within a new play ground - the Himalaya!!! Today this post is a celebration of my heritage, of where it all started, in a neighborhood with a sacred name, Peaceful Valley. 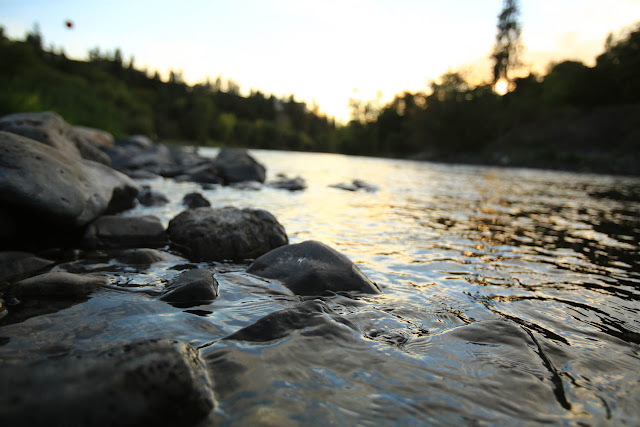 The Spokane River flows through Peaceful Valley just below the Spokane Falls. This lower section has become a favorite put -in for several rafting companies. Hundreds of years ago this same location was a favorite fishing camp for Native Americans. 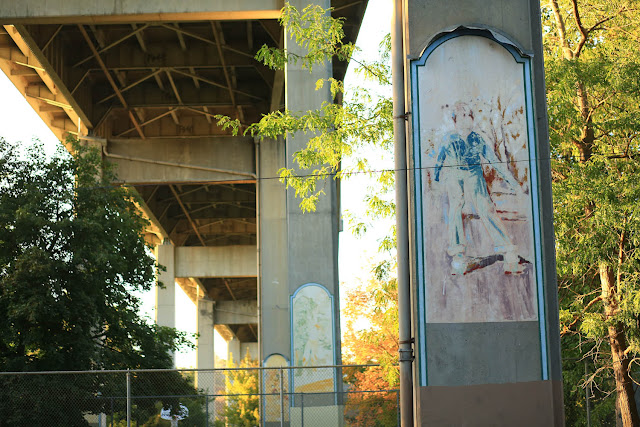 One of a dozen mural's my dad was commissioned to paint in the early 1980's as part of community arts grant. This is one of my sister Amy rollerskating. It's pretty neat that 30 years later these paintings are still intact, although some badly faded, its still a fun piece of Peaceful Valley history. 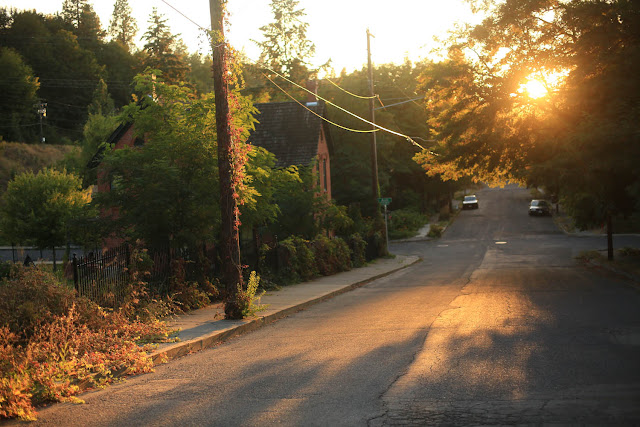 Main Street with the sunsetting behind one of the more plentiful chestnut trees in the area. 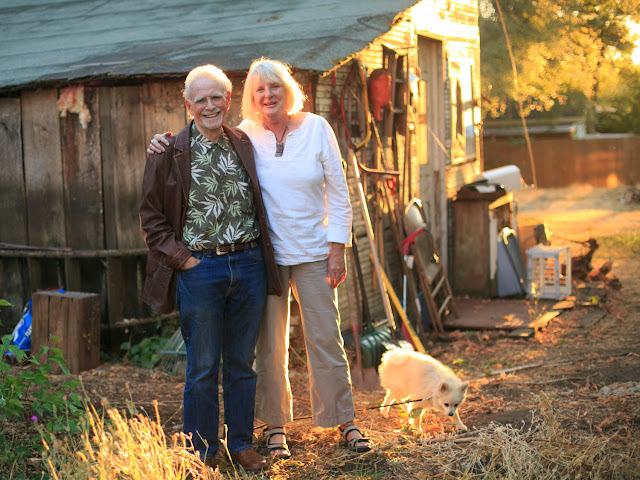 Mamma and Papa Thamm in their back yard with their pup Riley.
Posted by Heather Thamm at 3:26 AM 5 comments: