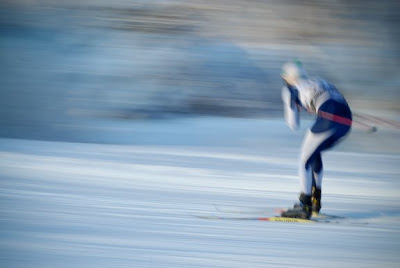 The US National Nordic Championship hosted in Anchorage at Kincaid Park finished up today after a long week of waiting. Temperatures were just slightly too cold to race most of the week and many of the events were canceled. Monday warmed up just enough to allowed the Freestyle Race to proceed. The women skied a 5K loop and the men skied a 10K loop. Anchorage's very own Kikkan Randall placed 2nd racing for the US ski team and Alaska Pacific University. Laura Valaas placed 4th, Kate Arduser place 6th, James Southam place 5th and Brent Knight placed 6th, all racing for Alaska Pacific University.

Today the racing jury decided to run the sprint classic race for the final race of the event. Temperatures were just warm en0ugh despite a consistent breeze, but racers only had to brave a short distance 1.2K for the women, and 1.4K for the Men. Kikkan Randall led the pack throughout the entire finals, and came in first. Shortly behind her Laura Valaas in second place. Congratualations APU! 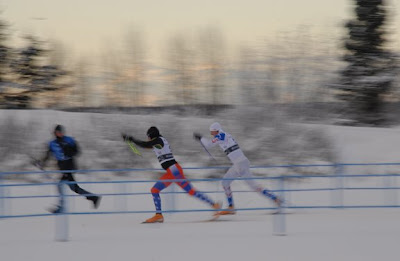 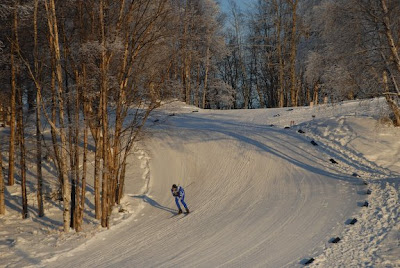 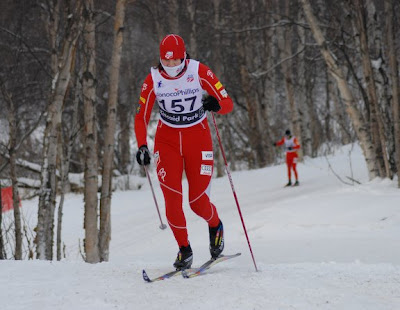 Laura Valaas coming up a hill during the sprint race 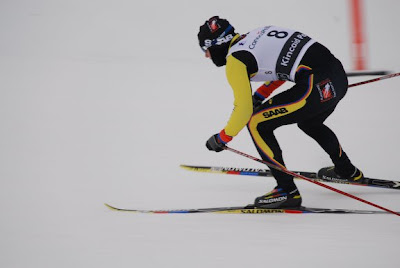 Lars Flora tucking around a corner in the sprint race
Posted by Heather Thamm at 11:18 PM No comments:

A Pre-Season to Remember 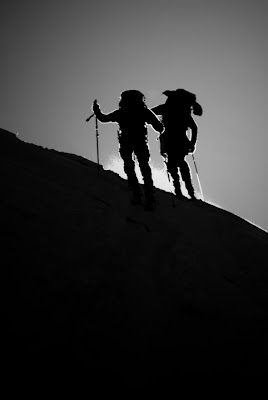 The Best Birthday Present Ever. A beautiful day of ski touring in the Girdwood Valley. 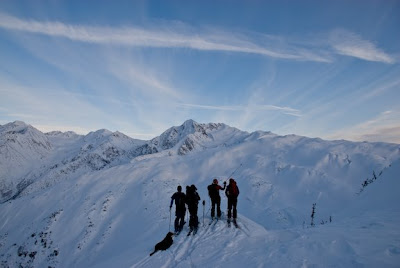 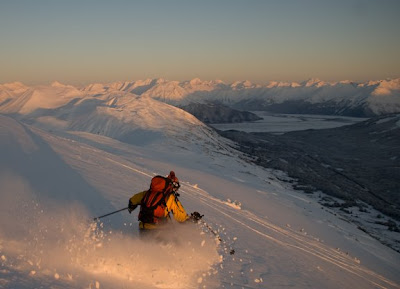 Kris Dudley, enjoying the powder and the view from Notch Peak, Girdwood Valley. 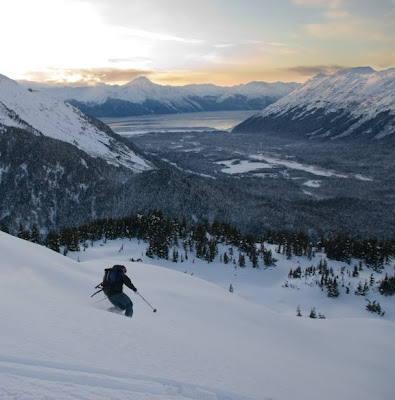 Why can't we be in the sun? A view from the top of Max's Peak, Girdwood Valley 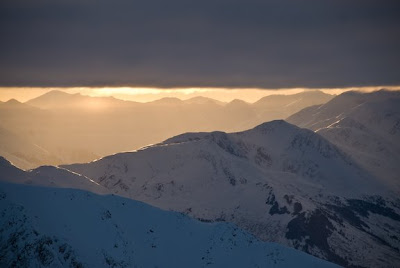 Some grad students outside one of the buildings on the Kellog Farm.
Both are in the Master's of Environment Educations at APU. 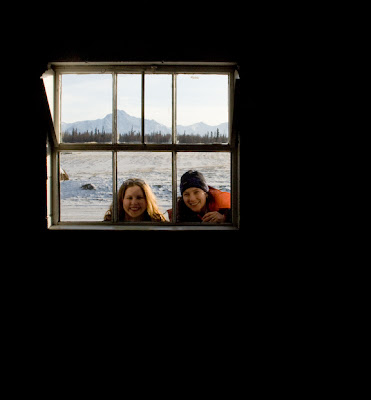 Somehow I have managed to squeeze in a few side projects on top of my mountain of responsibilities this fall. Hence why its been two months since I've updated my blog. In August I started working full time for APU, running their aquatics program for APU's Recreation Program. I had previously committed to teaching two beginning photography classes two nights a week for the semester and also decided to work part time ski patrol come the start of ski season. November was rough, as all three of these jobs collided into days on end of work. You want something done? Ask a busy person. In late October I was asked to shoot some photos for APU's website and some of their Master's program brocures. I so badly wanted to say no, but I couldn't refuse the opportunity. Photography is my dream job. In the end it payed off and sleep was the only thing I really lost. 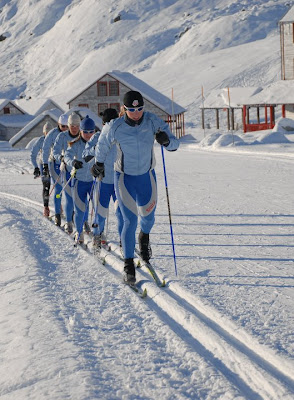 Alaska is hosting the US Nordic Championships at Kincaid starting tomorrow Jan. 3rd. This event is a big deal for the Alaska nordic community. Many of APU's very own nordic ski team will be competing in this event and are expected to do very well. In preperation for the event their coach had asked if I could take some pictures of them practicing early season at Hatcher Pass. Here is one of the images that appeared of the front cover of Coast Magazine this month. 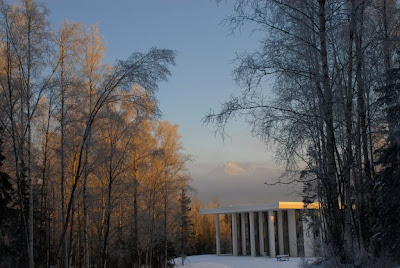 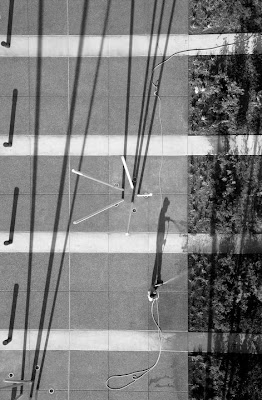 In June I shot a series of commercial pictures for my friend Josh, who owns a Landscaping business in Anchorage. This was taken from the top of the new J and L Tower of one of his employees watering the grounds. I immediately saw the interesting patterns that were created from the shadows of the vertical sculptures and I really like the contrast and the patterns on the sidewalk. I decided to change it to black and white and entered it in the Anchorage Press annual black and white photo contest. To my surprise I won the grand prize and it appeared on the cover of the Press in December.

Represents of the feeling of Night Skiing from Chair 1 at Alyeska.
Actually taken early in the morning prior to avalanche control work. 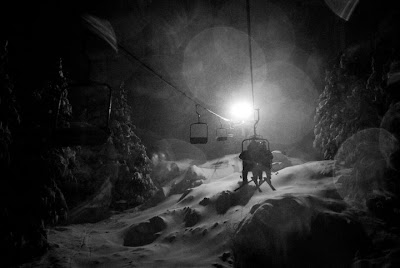 Throughout the month of December I had ten prints hanging up at the Java Haus at Alyeska. All were pictures of the Alyeska Ski Patrol hard at work last ski season. Thanks guys! I will miss these early morning control days.
Posted by Heather Thamm at 9:49 PM No comments: